Climate change is one of the greatest challenges the world is facing today. In order to limit global warming to 1.5 degrees, significant action is necessary.

As one of the world’s largest dairy producers, we have a responsibility to do our part in reducing our negative impact on the climate. With our size comes strength and influence. Even by making small changes we have the power to make a significant global impact.

By building on our cooperative roots, we unite our resources and use them as a force to drive down emissions while producing nutrient dense products for the growing population.

Working together towards Carbon Net Zero dairy in 2050

Together with our farmer owners across seven European countries we launched our ambitious climate target in March 2019. Our ambition is to become carbon net zero by 2050. 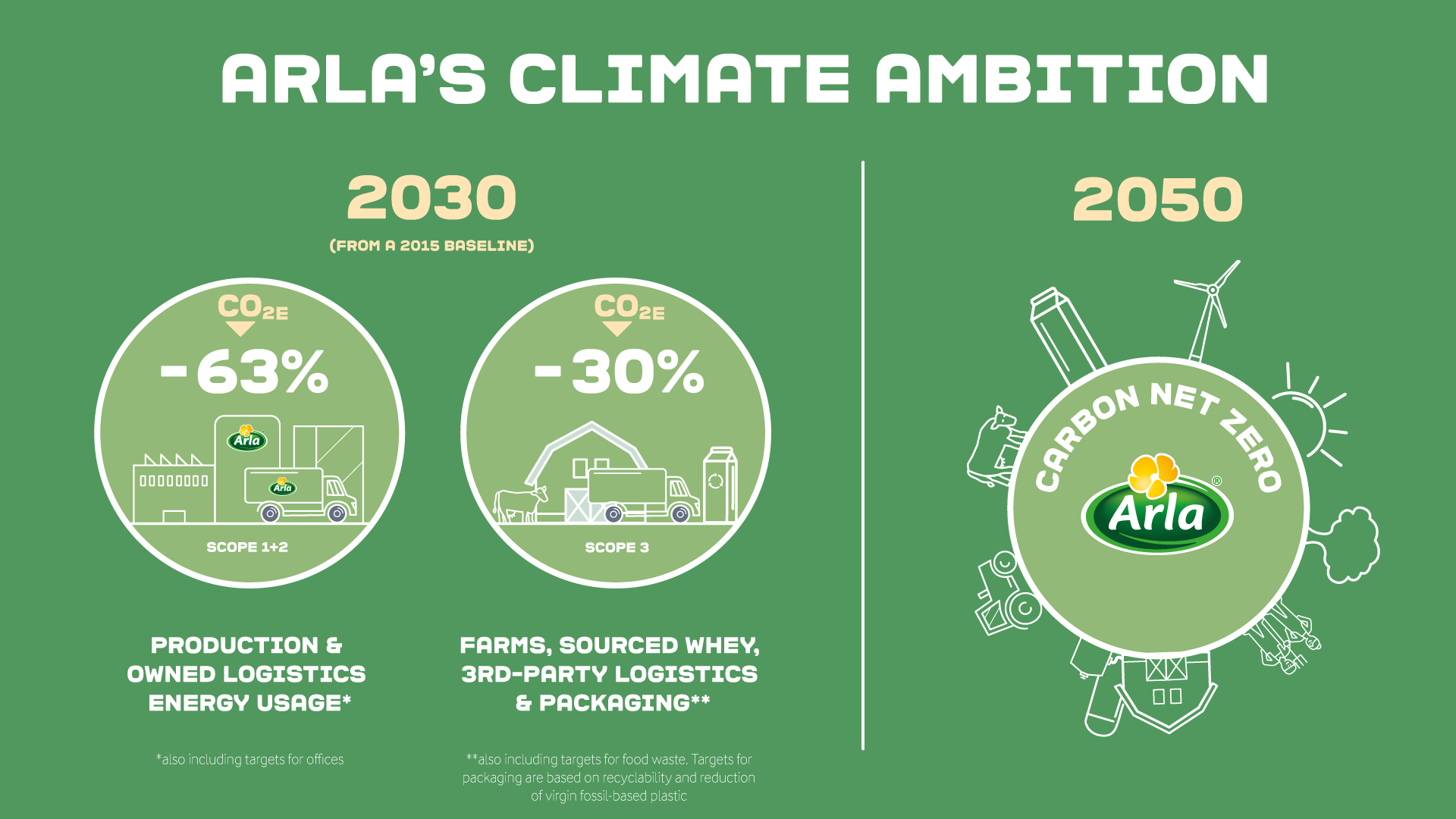 In December 2021, we doubled our climate target for operations including owned logistics from 30 to 63 per cent. This target has been approved by the Science Based Targets initiative as consistent with reductions required in scopes 1 and 2 to keep global warming to 1.5°C. The most ambitious goal of the Paris Agreement.

Arla’s climate targets from a 2015 base year:

If you're interested in diving into how we will achieve our climate targets for 2030 and 2050, you can do so in our climate ambition roadmap. It shows in greater detail the road to achieving a 63 per cent absolute CO2e reduction in scope 1 and 2 and 30 per cent reduction per tonne of standardised raw milk and whey intake by 2030. It also outlines what we expect to be the key parts of achieving carbon net zero by 2050. 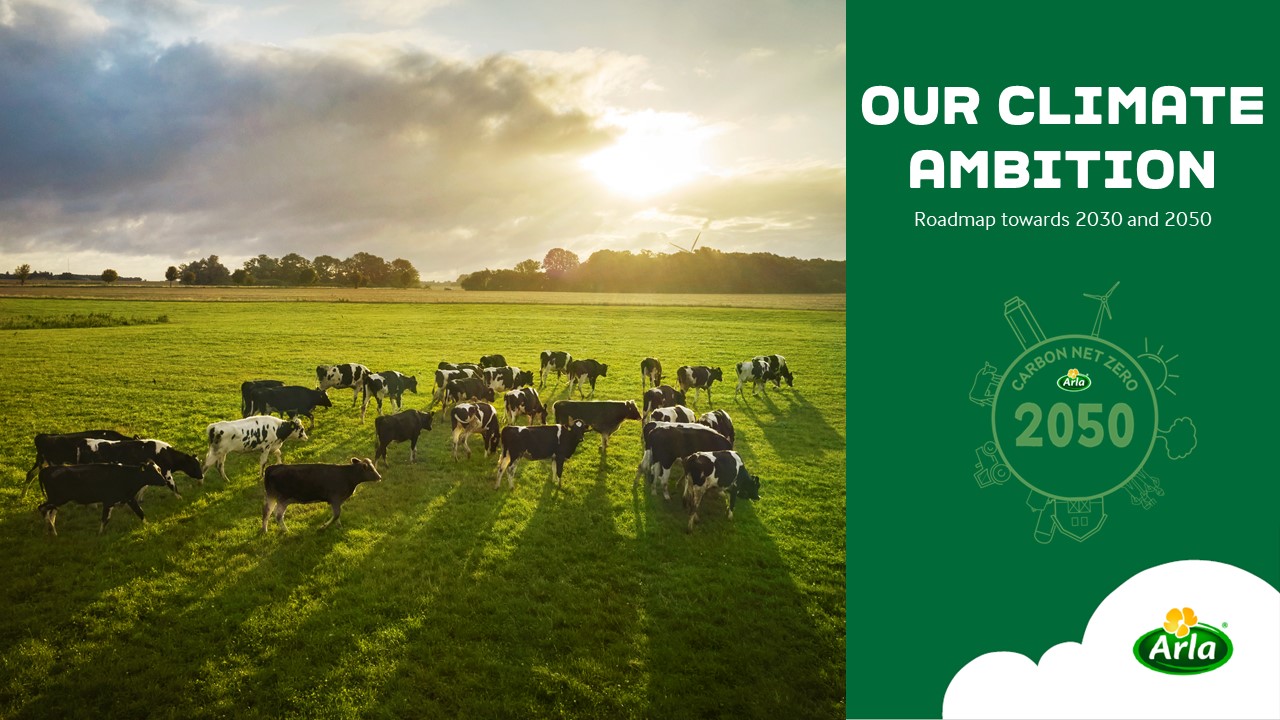 In addition to our climate targets, we're going shoulder to shoulder with some of the world’s biggest companies, including IKEA, L’Oréal, Unilever and Mastercard, by signing up to the World Federation of Advertisers’ Planet Pledge. It is a CMO-led framework designed to galvanise action from marketers to promote and reinforce attitudes and behaviours which will help the world meet the challenges laid out in the UN SDGs. Via WFA we have committed to championing the work of Race to Zero. We are encouraging our marketing partners to do the same and also asking them to consider highlighting the work of Race to Zero to their existing partners to drive awareness  of the campaign and hopefully increase the number of companies signing up to support it.

We are on a journey towards a sustainable future for dairy. As one of the largest dairy cooperatives in the world, we bring nutritious products to millions of people, but we also have a responsibility to do it sustainably.

Arla in other countries